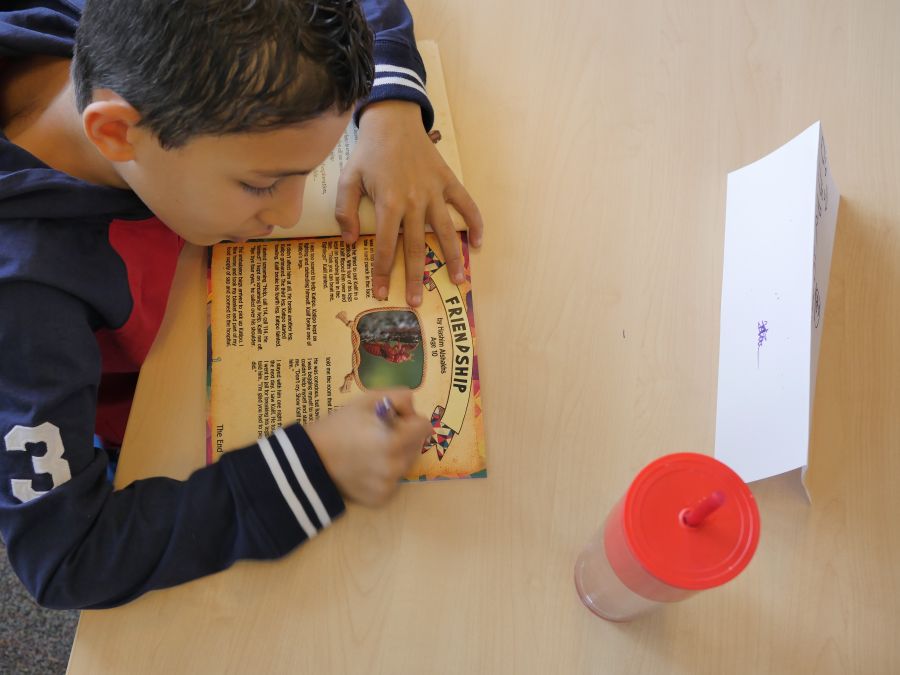 Ms. Miles’ class has been working on the book since September, and the grand reveal and book signing was held at the Rutland Library in Plaza 33 Saturday afternoon.

The class had a great turnout and sold dozens of copies.

“Usually as a teacher when you ask your kids, ‘it’s time to do some writing,’ you have to give them some prompts,” Ms. Miles said. “This project, because they knew what the end result was going to be … they couldn’t get writing fast enough, they couldn’t wait to get started on their stories.”

The book was published by Big Heart Publishing, a local publishing company, through their Dynamite Book Project.

Animal Tales is Big Heart’s seventh published book, and their first project with a class.

And by all accounts, it was a huge success.

“I’ve written like, a million stories, but this is the first time it’s being published,” said Skyler Roberts, one of Ms. Miles’ students, while on a brief break from signing copies.

Summer Routly, another student, says she plans on writing another story soon.

“Being a published author, it’s so cool for the kids to actually be able to say,” Ms. Miles said. “Years from now they’ll look back at the book and say, those were the kids I hung out with in Grade 5, and they’re all together in one book, so it’s super exciting.”

The kids were able to choose from 60 pictures of different animals, and base their story on that animal.

“They learned a little bit about where that animal lives, a little bit about it, becasue we wanted it to be as correct as they could be,” Ms. Miles said. “They had to do their research and find out about the animal and then create the story around that.”

Those wanting a copy of the book can contact Ms. Miles at South Rutland Elementary or find it at Big Heart Publishing’s website.

While 70 copies were originally printed, Ms. Miles said she expects more will be made, given the demand Saturday.